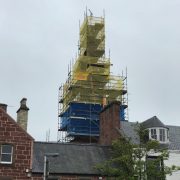 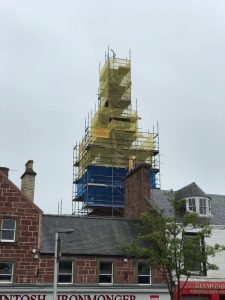 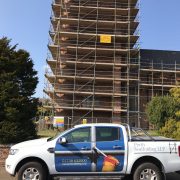 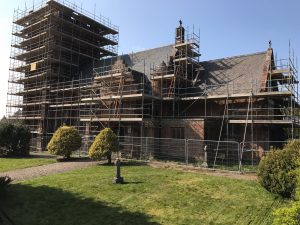 Perth scaffolding have recently completed the scaffolding works on this large town church that is now being renovated it was built towards the outskirts of Kirriemuir in 1904, replacing a classical church of 1797 that was destroyed by fire. St Mary’s is built in roughly coursed red sandstone rubble in an Arts and Crafts style. It is the only complete church in Scotland designed by Sir Ninian Comper, whose father was an Episcopal clergyman in Aberdeen. The church consists of a low, squat, square tower, nave, entrance porch with stair tower and chancel.