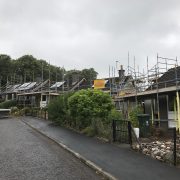 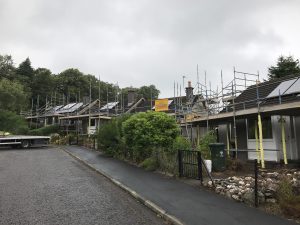 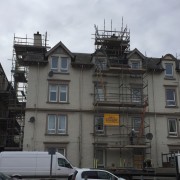 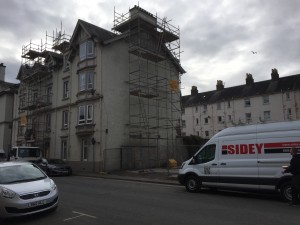 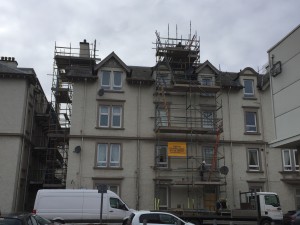 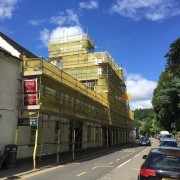 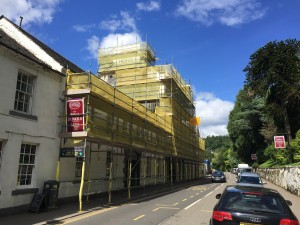 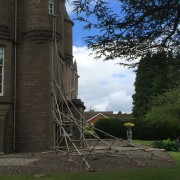 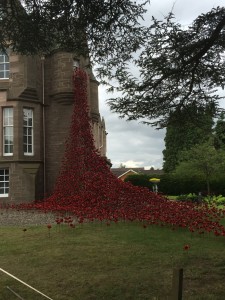 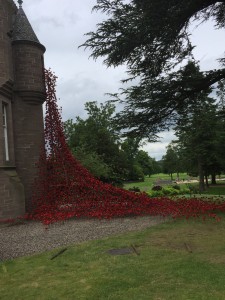 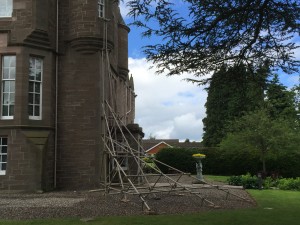 Perth Scaffolding where awarded the contract to erect scaffolding for the poppies weeping window At The Black Watch Museum, located in the city of Perth, the breathtaking sculpture will flow from a second floor turret window across the Castle grounds

Perth will be the only place in mainland Scotland to host the Weeping Window and Wave elements of the sculpture.

During the First World War 50,000 men saw service with The Black Watch, Scotland’s premier Highland Regiment, in campaigns across the Western Front, Mesopotamia and Salonika.

The Black Watch has a long and distinguished history which can be traced back to 1739 and beyond, and The Black Watch Castle and Museum became its Regimental Headquarters in 1962. 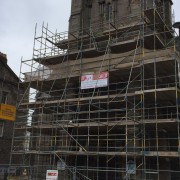 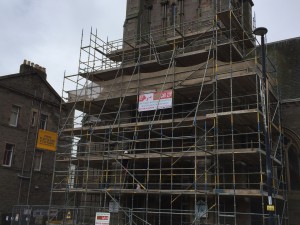 Work has begun on a £250,000 project to protect the exterior of Perth’s St Matthew’s Church which is a prominent feature on the city’s waterfront. The funding came from grants of £101,000 from both the Heritage Lottery Fund (HLF) and Historic Environment Scotland plus £18,000 from the congregation and reclaimed VAT.  Local construction company One Call Ltd & Scaffolding contractor Perth Scaffolding  was successful in tendering for this.  The project aims to restore the stonework, rainwater facilities and stained glass work to ensure the preservation of the Tay Street church. 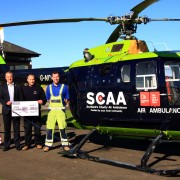 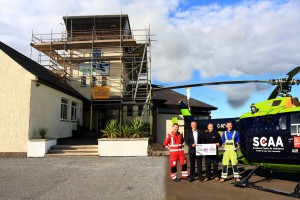 We have recently erected scaffolding on the control tower at Scone Aerodrome for AWM Construction to replace the timber walkway.

END_OF_DOCUMENT_TOKEN_TO_BE_REPLACED 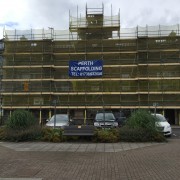 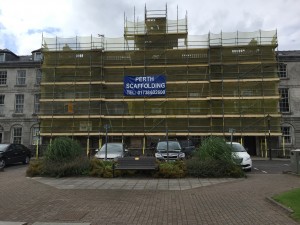 In 1803-4 this building housed a number of educational establishments including the Academy and Perth Grammar School.